Back to Main Forum...
http://www.speedboatsim.com/wp-content/plugins/wp-symposium-pro/forums/../css/images/wait.gif 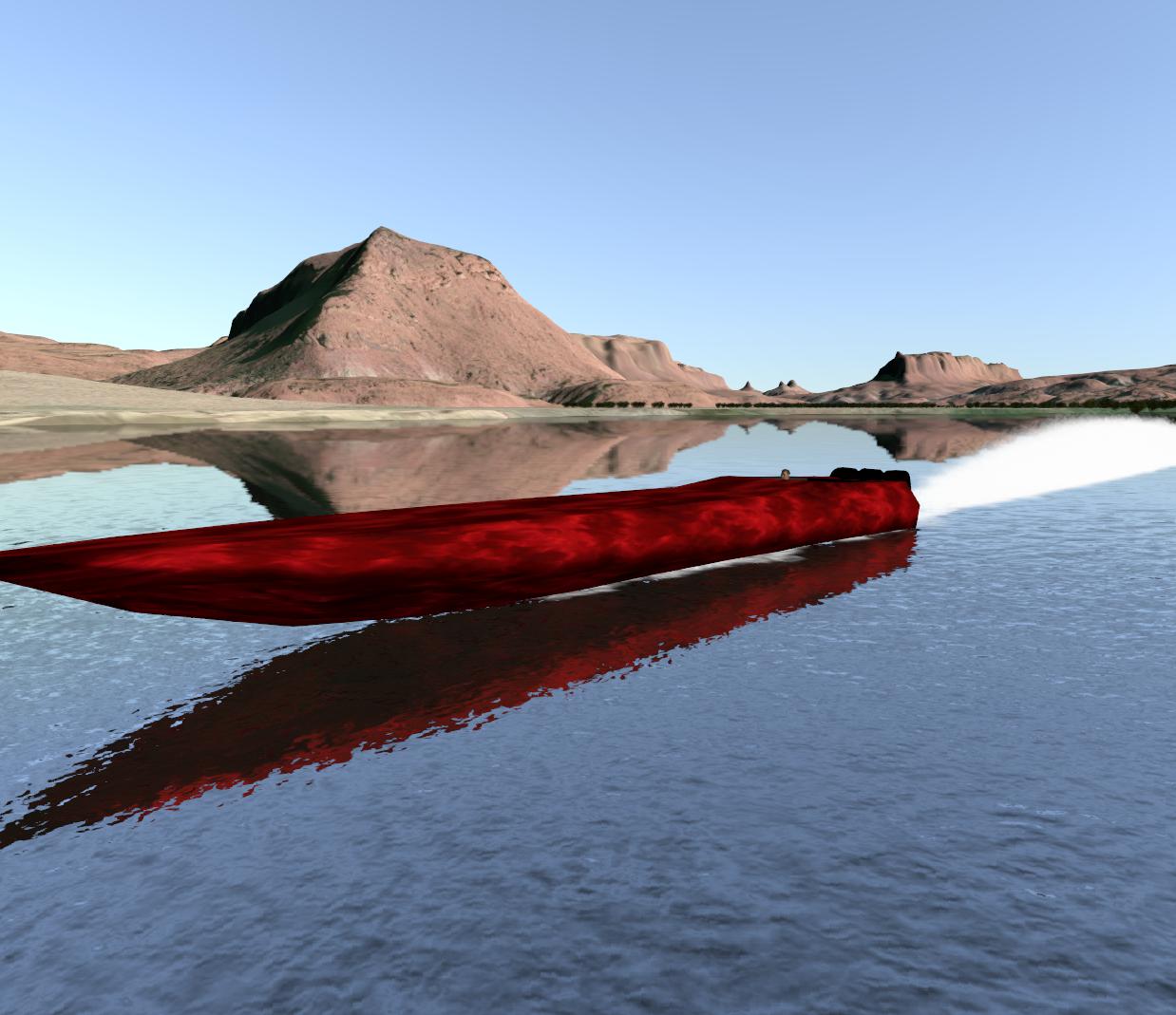 i know that this game is in a very early stage, do you ever plan on adding other boats? 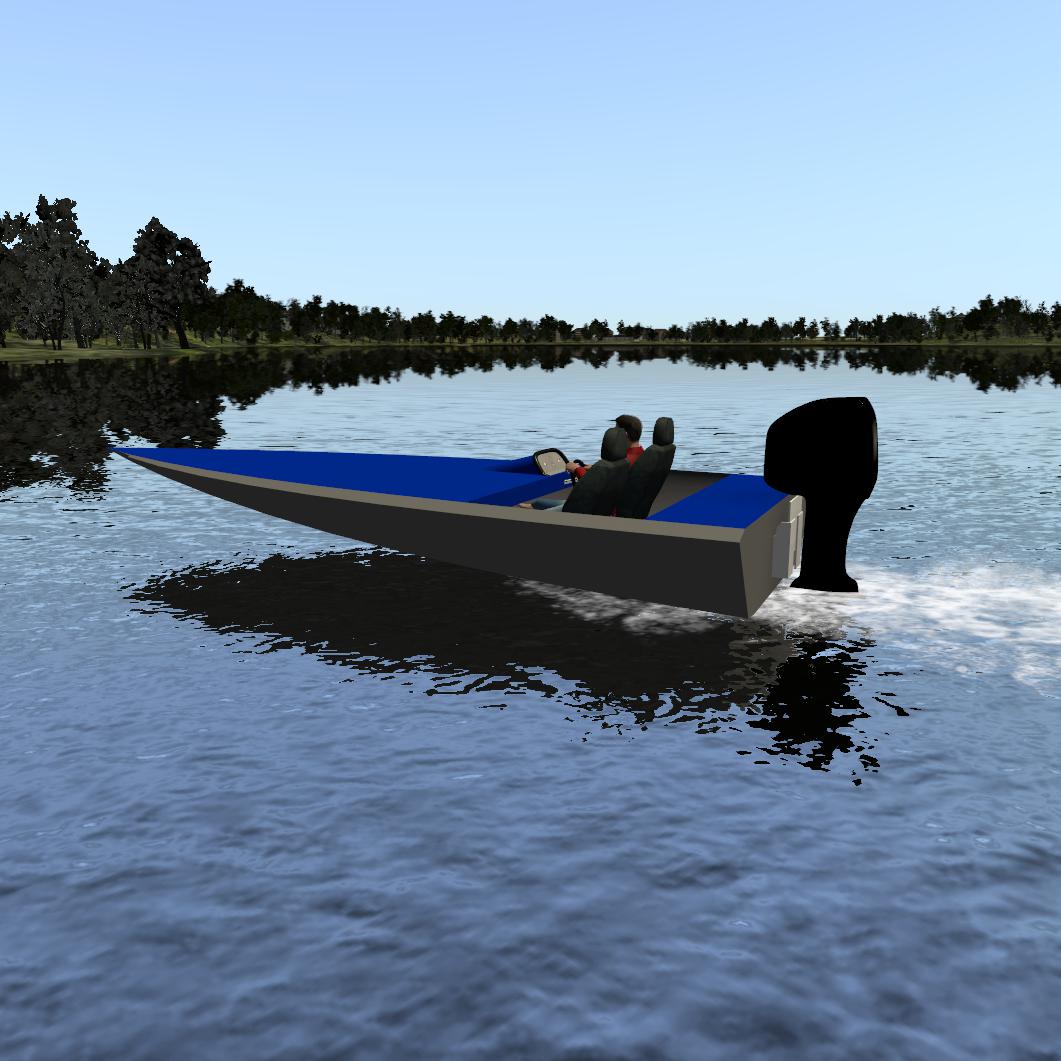 Hi, Jack.  I posted in the offshore forum about that about the same time that you signed up here, by the looks of it.  Didn't see your post until now.   I'll just say this for future lurkers if and when they begin to show up:

Other boat types would be interesting to do, but I don't want to promise anything or lead anyone on about that by saying the wrong thing at the wrong time.   It's too early to say for sure.

The first release will just have the single engine outboards.   They're quite customizable, you can change the deadrise angles, length, width, pad design, cockpit size and so forth to just about anything you could probably want.  So despite pretty much the same boat design being shown in all the videos, there's quite a bit of variety ready to play with just with the outboards.

As for jetboats, inboards, cats, tunnels, offshore, and so forth, fundamentally different hull types like those require a lot more work (a new procedural mesh generator has to be written for each one, essentially) so a decision on that will wait until I see what the sales are like.   If there's no money coming in then I won't be able to afford to continue forever and will have to do something else.  I'm hoping it will be successful enough to continue and do other boats too.  We'll see what happens...

I understand your comment on offshore only as an estimation would throw people off of your goal if you ever want to add or take away content from the game.I remember playing hangsims vehicle simulator, which i used mostly for boats, as a boat simulator although it wasnt designed for that purpose. the game was simple to understand eventhough the devotion to customization was extreme. you could manipulate your creations to your hearts desire. with a game thats named "Design it, Drive it: Speedboats" id expect to have customization, and it seems like you've fulfilled that.

good luck on the game, i really hope it does well, i know id like to be first in line to try the game out. thank you for your time

Todd, just found your program recently and obviously I am signed up. My question relates to the mesh for the boats. My interest here is hull design and modification. Having driven a bass boat with Merc 150 and a small pad and similar hull design to your renderings it hits home that the renderings behave remarkably like the real thing. Tilt Trim inputs right up to the chine walk and blow over. It seems you have the physics down pat. Could this program be used to design or modify an existing REAL hull, ie, input the parameter of the hull change prop pitch, cup, rake etc and see virtually how the boat would perform? Prop selection for real boats is pretty much seat of the pants testing, experience,trial and error, you get the idea. Seems to me marine dealers and manufacturers may have a use for a TOOL.

Sorry about the delay, I just saw your post.

I'm wondering the same thing you are. I'm not really sure either way, specifically when it comes to the hull design and how well the performance matches reality. At a subjective level it seems pretty close within reason (better than I thought it would be, actually), but without serious validation I wouldn't want to make a claim like "you can use this software to design real boats." It'd be irresponsible of me to make that claim, really, because I just don't know. "Pretty close" could mean the difference between a boat that flips and kills somebody and one that doesn't, so I'm worried that it might be very dangerous to put too much trust in the simulation and don't want to encourage anyone to do that unless I receive enough feedback from designers saying that it's good enough for that.

My hope is that hull designers will play with the sim and report back to me their findings. However, I'll leave it to them to say how well it does or doesn't match reality because they'll know better than I will.

Regarding propellers in particular: For that I can say for sure "no" at this stage, this can't be used to design propellers, at least not the first release. The propellers right now are the least accurate part of the model, probably. At the moment the props are just four triangles, one for each blade. As you might imagine, a shape like that isn't very efficient for a propeller blade, so to get the pitch setting giving a reasonable response, the blades in the simulator are raked severely. Otherwise a 26 pitch prop ends up acting like it's a much smaller pitch. The way I rake the propeller changes the geometric pitch (which itself changes depending on the location inside the triangle blades you choose to measure it anyway). However, I was able to rake it the same amount and all the different pitches worked reasonably well. I was quite frankly shocked that the simple "one triangle per blade" approach worked as well as it did.

One bad thing about this is that when the prop is surface piercing (in the sim), the paddlewheel effect is too strong. At the moment I'm frequently having to countersteer 120+ degrees at the steering wheel when the prop spin axis is lined up with the bottom of the pad. I asked someone about this and he said that was too much. I'm sure this is because of the simple propeller, but it's just one example of a response that isn't right because of that simplification.

One thing I want to do in the future (probably after the first release sometime) is increase the resolution of the propeller so it's a proper mesh like the rest of the boat. If I were to do that then yes, it would be a procedural mesh just like the boat where you could adjust lots of things. In that case I'd try to make sure you can adjust rake, cup, etc.. I can't be sure how close the performance of a given prop would be to a real propeller of the same specs, but it might be enough to get the basic responses on the hull down well enough at least for educational purposes, to get a general feel for what rake actually does to the boat for instance. How well that will match with reality is unclear, but it I'm confident it would be an improvement so it's up near the top of my list of things to do.

Even with that new propeller model, I'm not very confident that you'd really want to use the simulator to design a real propeller. To get a general idea of what those different things do, sure, but to actually design a real propeller for a real boat, not so much. There is specialized software out there for that sort of thing that will do a better job than I could in the simulator. Who knows though? Maybe it might get close enough to be useful as a real life tool at some level, sort of a scratchpad to play around with ideas before moving on to more serious software. I don't know, but I hope one day to find boaters and designers discussing these types of things in this and other forums. They'll be the ones that can really make that call and let us know how useful it is for actual design. I would be happy and proud if it turns out to be useful for real boat design.

To add a bit more: In the first release of this, the only thing you can adjust on the propeller will be the pitch. You can't change the diameter or number of blades because it doesn't necessarily respond correctly to that because of the simple "one triangle per blade" discussed earlier. The effect on propeller slip and at least a couple of efficiency values are too great, just to name a couple things. I wanted to have diameter, number of blades, and possibly rake in there too, but the response to changes in those doesn't match up well enough with reality to include it. The response would be misleading and I don't want that, I'd like this sim to be educational and useful to boaters. It's easy to end up with almost 0 propeller slip for instance. Some effects on the propeller because of its current simplicity are maybe even the opposite of reality, so I didn't want to include those until the model is improved.

However, changing pitch works pretty well once it's tuned on one size propeller with a certain number of blades (4 in this case), and pitch has really got to be in there if you can design your own boats of course. That's the bare minimum really. Right now you can go from 19 to 38 or 40 inches pitch, I think. I forget exactly, but it's easy to change later if people want a wider range for whatever reason.

So again, after release when I can gauge how sales might be, one of the first things I'll want to do is update the propeller to something much better with all those other parameters to play with too. I'm curious what rake and cup do. What better way than to try it and actually drive the thing? That'd be cool and I'd like that very much.

My hope is that this will indeed be used to design real boats someday, but I don't want to advertise as such because I'm not sure if it's good enough for that, and of course liability issues. I don't want anybody to hurt themself or waste money and time building something that doesn't actually work in reality as well as it does in the sim.